We take you on a journey through the culinary world!
Food

Gino Sorbillo – The Best Pizza In The World Comes From Naples, Period. 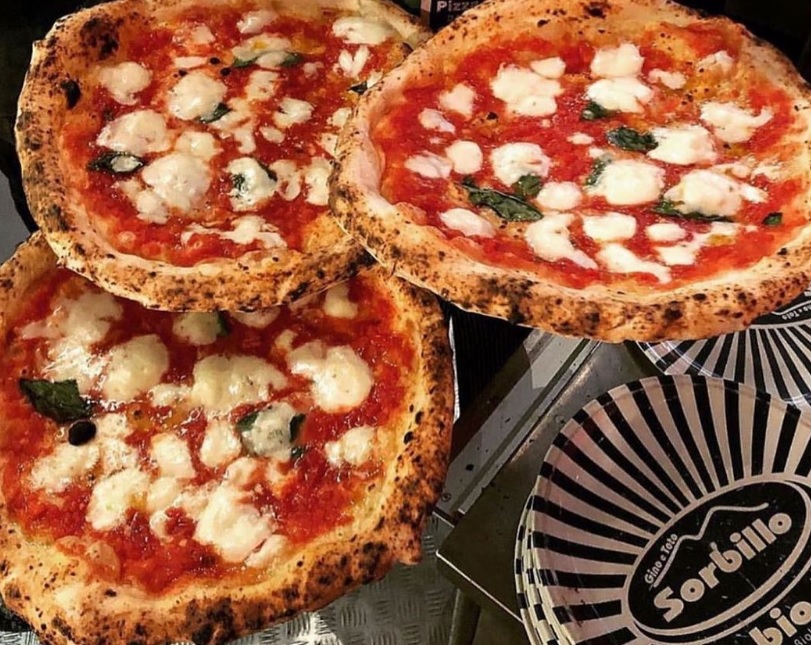 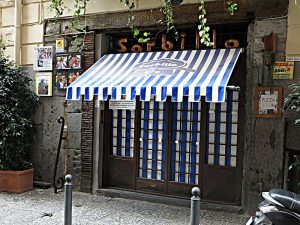 Asking Neapolitans where to eat the best pizza in town is sure to spark a heated debate. But one name will surely come up: “Sorbillo”.

Considered by many to be the best pizza maker in Naples, Gino Sorbillo has also won the title of best pizza in the world. However, his road to success was difficult: he faced mob confrontations, his restaurant was burned down and he had to face the floods of tourists.

Gino Sorbillos has been running the pizzeria of the same name in the heart of Naples since 1996 and comes from a real pizza baking dynasty.

In 1935 his grandfather, Luigi Sorbillo, founded the first pizzeria of the family. By the way, in the building next door to Gino’s current restaurant. He had 21 children which all became pizzaiolos. Today there are Sorbillos in Milan, Rome and many other European metropoles. Even in New York and now also Tokyo.

The pizzas in Via dei Tribunali are named after Gino’s siblings, uncles and aunts. And they are so delicious that they attract an incredible number of guests every evening. Neapolitans and tourists alike. If you don’t want to wait that long, come before it even opens. Despite the success, the pizza doesn’t cost much, so it will always remain true to its origins – as fast food for the little people, the workers and fishermen of the city.

When he’s not in his kitchen, Sorbillo travels the world appearing on cooking shows to talk about the perfect Neapolitan pizza. In 2013, his restaurant received the award for the best pizza restaurant from Italy’s most famous restaurant guide, Gambero Rosso, and is even listed in the Michelin Guide. 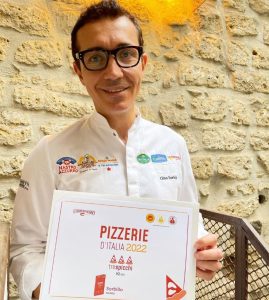 The restaurant was allegedly burned down by the Camorra several years ago. The reason, people say, is that Gino refused to pay the pizzo – the percentage that organized criminals charge companies located in “their” area to be “protected”. So his restaurant was set on fire. Instead of giving up, three days after the incident, Sorbillo fired up the oven, cleaned the restaurant, set up tables and chairs outside, and served his customers as if nothing had happened.

The expressions of solidarity after the attack were huge, not only from Neapolitans, but from all over Italy and even from around the world. Long queues have always been expected at Sorbillo, whether in the evening or at lunchtime, but when the pizzeria reopened two weeks after the attack, there were hundreds of people waiting outside the entrance.

All this shouldn’t stop you from visiting the restaurant either, as the mafia has little interest in tourists. As a visitor, you don’t have to worry, because the Camorra has no interest in scaring away this source of income. 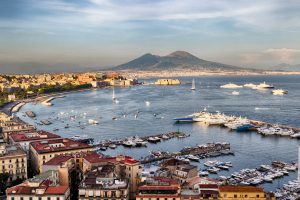 Naples is not only chaos, but its also family without having to have acquaintances there. There are not many cities in the world that take you as close to their heart as this one. Once you get to know the locals, it doesn’t take long to become part of a large community. People are open, they want to exchange ideas and are interested in getting to know others. The love for the city has of course manifested itself mainly through the food: especially pizza with the sun-ripened Vesuvius tomatoes and delicious mozzarella. Feasting together is important, just like the espresso in the morning and the limoncello in the evening.

It can take years to learn how to make the perfect pizza, and yet it only takes under 60 seconds to bake. Mastering the simple ingredients is not easy. Unless you have access to a traditional wood fired pizza oven and the highest quality, freshest Italian ingredients such as san-marzano tomatos, mozzarella and the right flour, pizza will never taste as good as it does in Napoli – period. 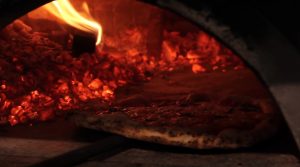 Gino has perfected this skill over many years, which you can taste when you try one of his famous pizzas. You might have to stand in line a little longer to get a seat in his restaurant, but you are guaranteed to be rewarded for the wait!

If the queue at Gino Sorbillo is too long for you, you can also buy a fried pizza to go next door. In the grandfather’s shop these are sold under the name Antica Pizza Fritta da Zia Esterina Sorbillo. This type of pizza can hardly be found outside of italy.

You can also enjoy Gino Sorbillos Pizza with a sea view, because for a few years there has been a waterfront branch called Sorbillo Lievito al Mare with a great view of the sea.